Lettering and calligraphy, what is the difference? 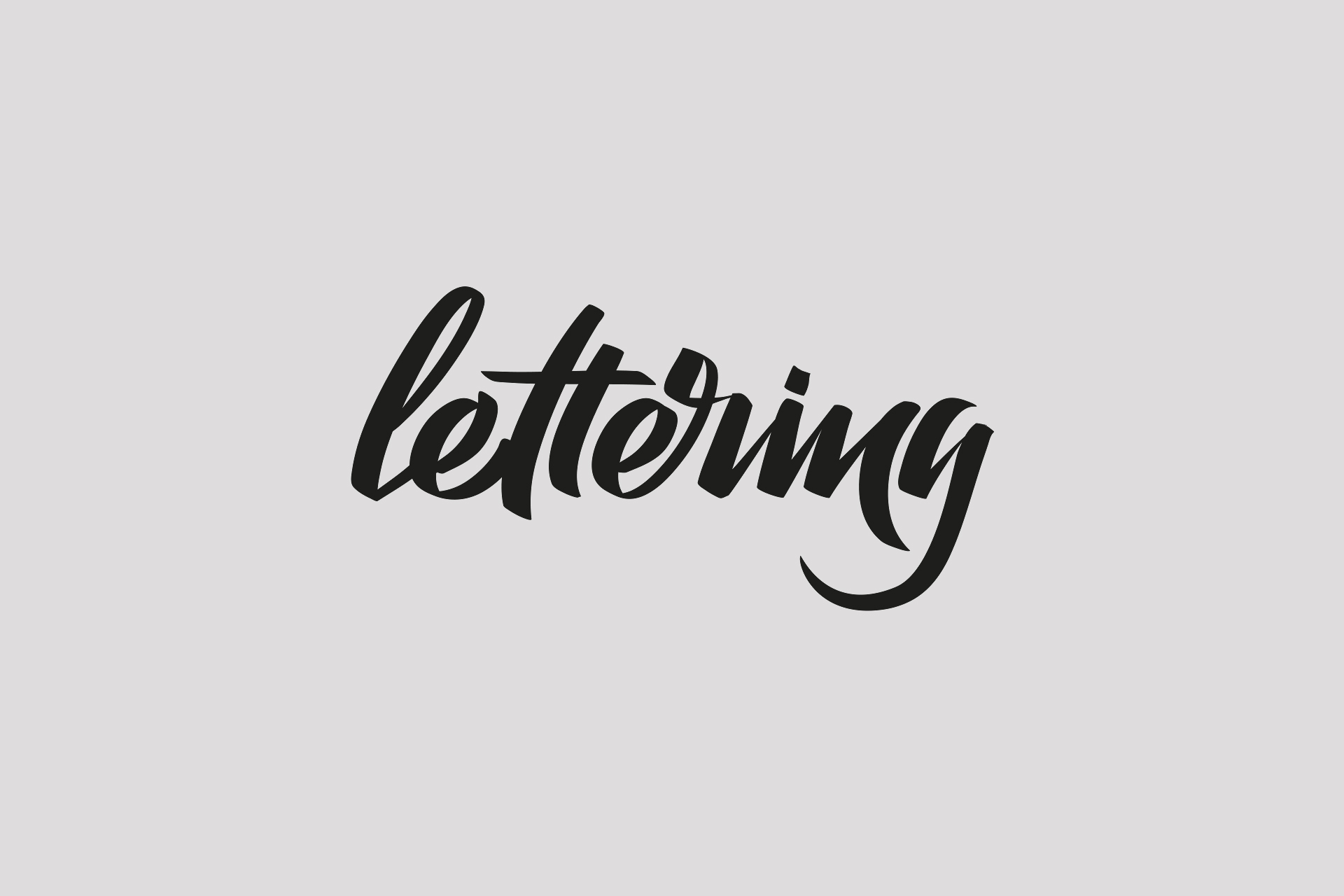 Many designers have difficulty defining concepts such as lettering and calligraphy. The article will tell you about the characteristic differences between these directions.

Over time, many design trends change, improve, and become very popular among designers. Recently, the love of lettering, calligraphy, and typography has taken root in the ranks of artists. However, often both customers and designers confuse these concepts, not seeing the fundamental difference between them. And there is a difference, and it is very big. 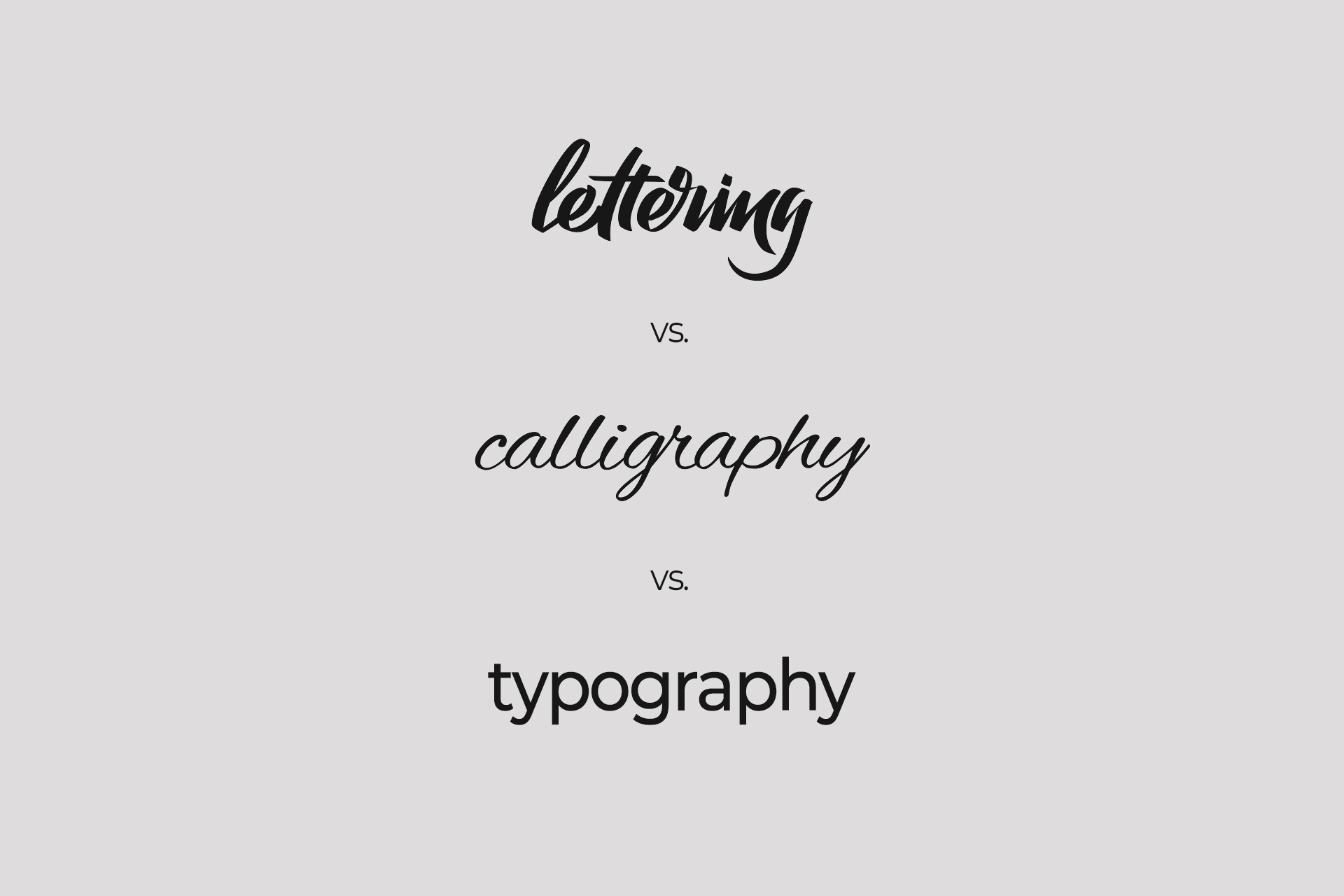 If you are observant, you have probably noticed recently an abundance of text logos in the style of handwritten inscriptions. Strict, emotional, restrained, lively – they are everywhere, and each inscription has its own unique handwriting and character.

The etymology of the word lettering is rooted in the English language: where the letter is "the displacement of letters" from the Latin "littera". Lettering in the design environment is usually called a graphic drawing created on the basis of painted letters and signs that are woven into a common stylistic composition. It is worth highlighting the word "painted", in which the main difference between lettering and calligraphy is hidden. The art of lettering is based on drawing letters and signs, as well as creating unique letter combinations through drawing. 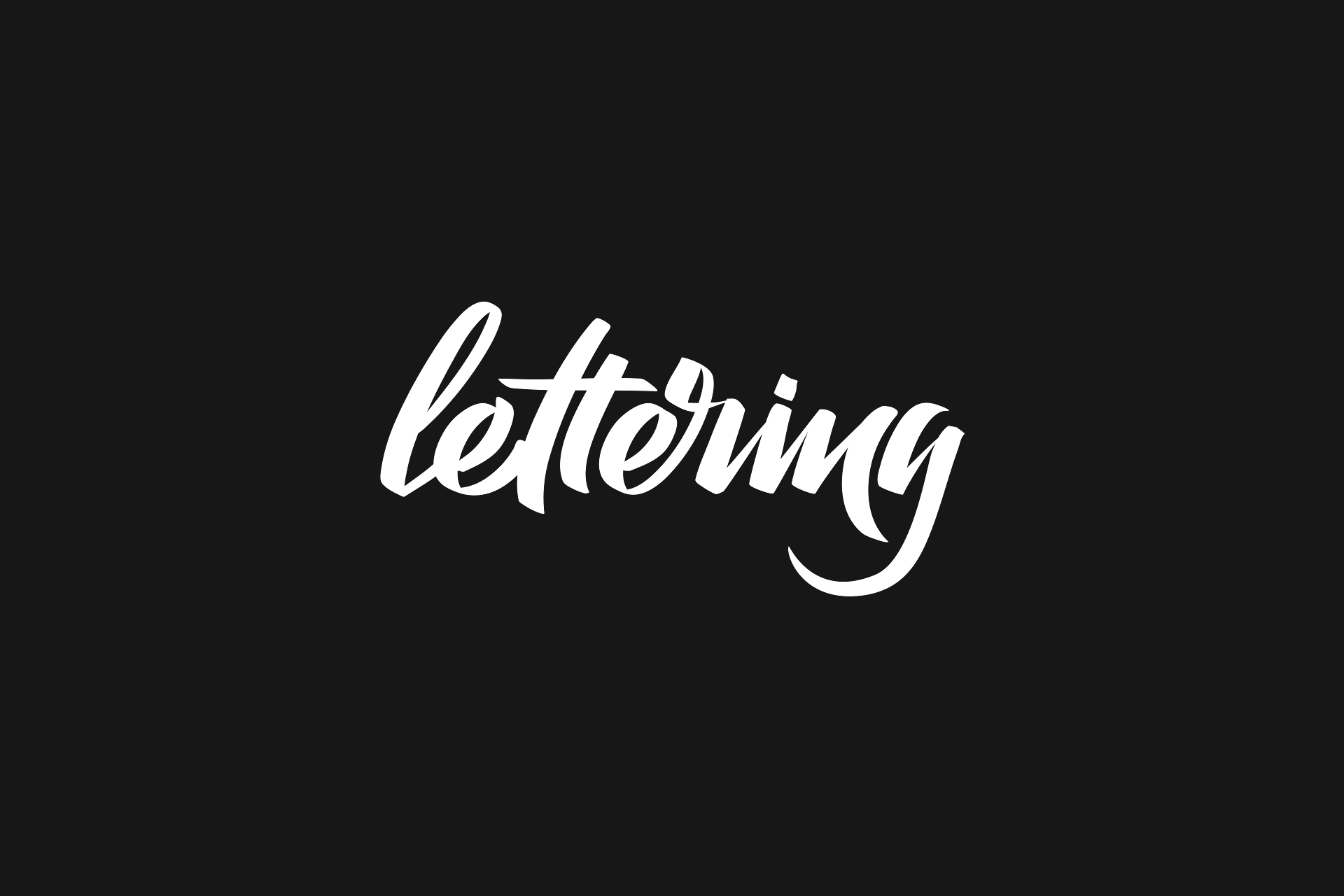 Calligraphy (from Greek, means "beautiful handwriting"), unlike lettering, does not tolerate finishing and other artistic design. The art of beautiful writing of letters and signs is achieved with great difficulty, or as they say, "through trial and error." Sometimes you have to write a word at least a hundred times to achieve the desired result. Each inscription has its own rhythm and character, which is achieved by changing the speed of movement of the pen and varying degrees of pressure at the extreme points.

The main tool of designers-calligraphers are feathers that have come down to us from ancient times. Even the appearance of many new tools (pens, markers, windshields) could not throw them off the podium of the championship. There are two main types of the pen: wide-edged and pointed. The first pen is rougher and belongs to the Dutch school of calligraphy, the second type of pen gives softer, elegant inscriptions, a smoother trajectory of movement and belongs to the American school of calligraphy. 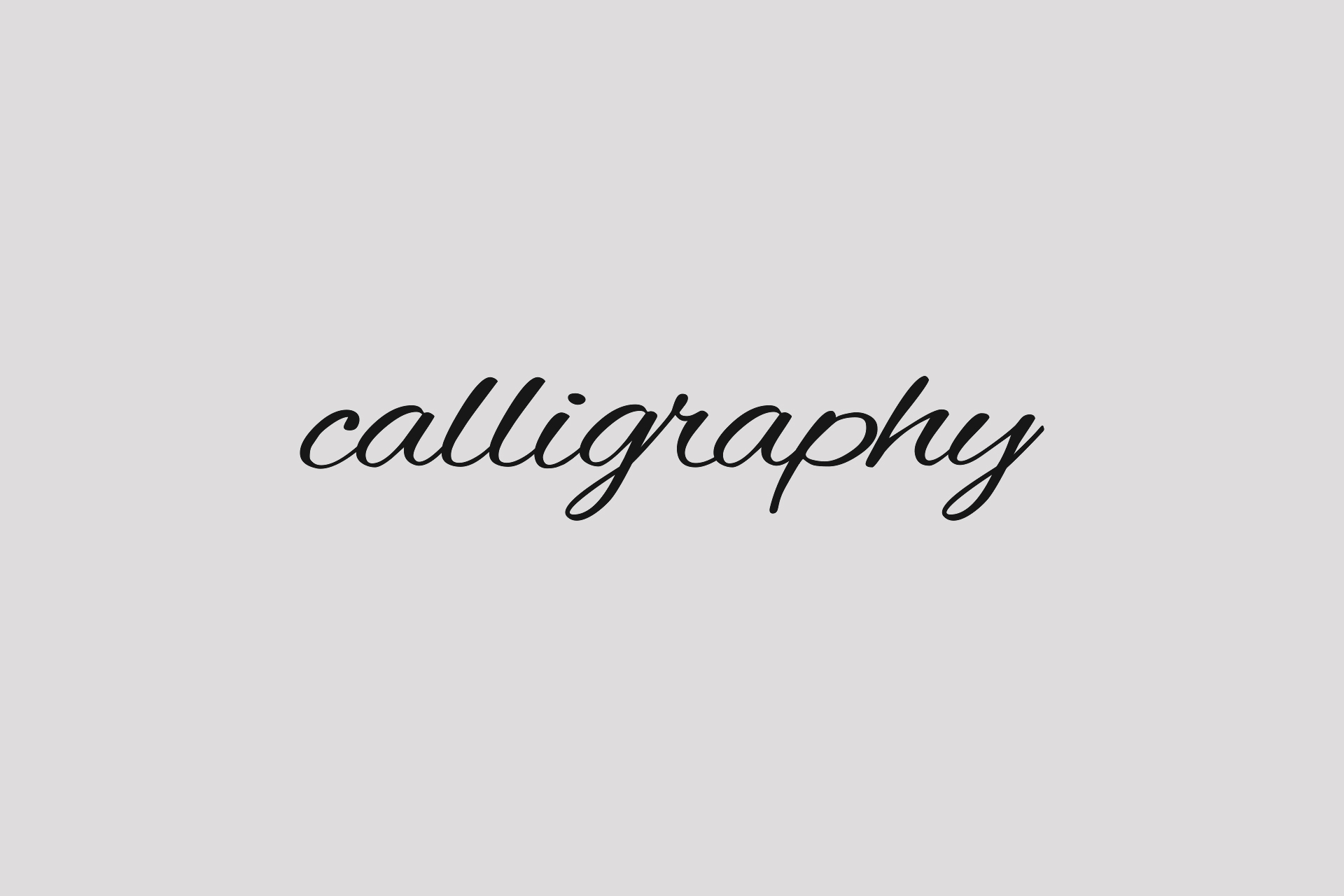 In typography, the designer uses ready-made typesetting fonts. Typography is the art of formatting text by typing and layout (choosing a certain size, the necessary font, typeface, the length of lines in the text, the distance between single letters or groups of letters, and much more). The rules of typography are used everywhere. These are printed publications – books, magazines, posters, and the digital sphere – websites, applications, social networks, and the creation of an identity. Kinetic typography has recently gained particular popularity – animated compositions of letters, words, and signs. 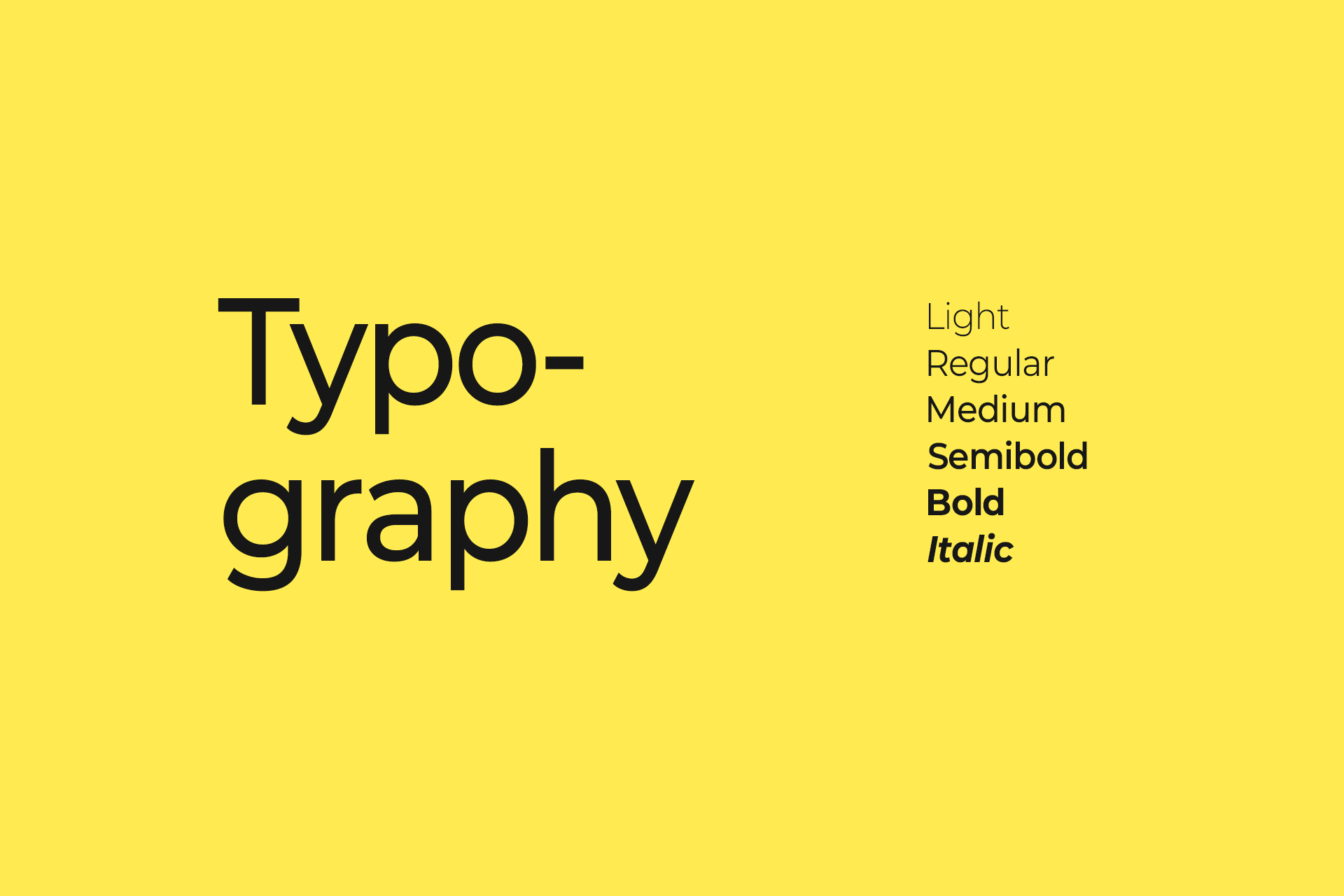 Art and design are constantly evolving, new directions are emerging, things that have been around for a long time are becoming popular. Lettering, calligraphy, and typography are no exception. These design trends, although they have long won the recognition of designers, still find new fans around the world. 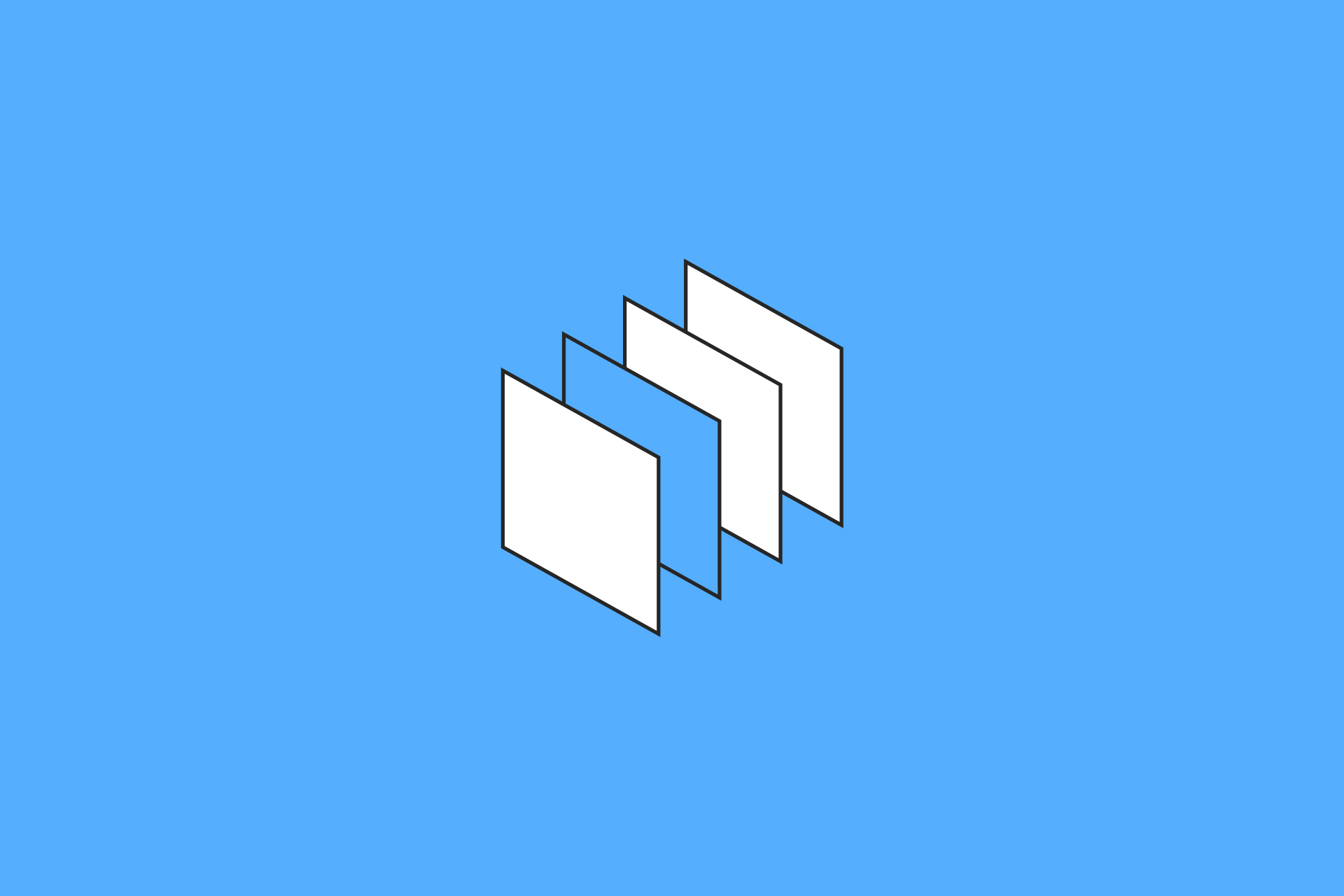